This is a poem called “Boyd Cordner”

I hear you arx, pacifically

What do we know about

Has always been tall

Has always been bald

Has always been great

He started playing at 28

He came to prominence at 28

Captained The Chooks, NSW, and Australia

He is seriously, the most beautiful tackler, you have ever seen

He leads with his shoulder, his legs swing out to the side, severance

The crab who always moves sideways

He will go to Prague if required

If he’s gotta make a tackle, he will do the 27-hour flight, for his team

Just to make a single defensive effort, Boyd will fly to the Czech Republic and back, and then suffer the 14 days quarantine

He is Boyd Cordner

He is Boyd Cordner

And if there was a proper war

And the enemy were firing missiles at our heads

And my fellow soldiers were either full of dread. Dead

Well me, Brendan Cowell, in my woollen uniform

Shelled. By an army of Melbourne Storm…troopers. All at once

To the western front

Then when he turns I’d say ‘Boydy, it’s Brendo, I met you once at a mental health talk at Fox Studios. One of my mates was running it.’

And I’d say ‘Boyd Cordner. No dramas. You got any water left in your canteen?’

And you know what Boyd would say

Bleeding from the eye and lice, he has lice, but he didn’t tell anyone

He just fought on with the lice

Because he leads with actions not words

‘Nup, no water Brendo. Not in my canteen.’

And you know why Boyd Cordner has no water left in his canteen?

Because he already gave it to a bloke with scurvy

He gave it to Tom Trbojevic

They both have scurvy, and the other brother, who isn’t as good yet

Get scurvy every time they go to war

Cant believe it – so unlucky

Though just to be more of an individual. Boyd Cordner

He loves to go to waterfalls with Jake Friend

And why wouldn’t you

Too tough for your own good

Would have played on if he could

Loves his dad, because his dad - before every game - said you’re the best

What beats within your chest

Before every game he played Dad said ‘Son’, Dad said ‘Boyd’, he didn’t have to say Boyd Cordner because Mr. Cordner was a Cordner too so its implicit

‘You are the best’

Cock a doodle do – hope your heads alright - brave rooster

What's in a poem by Brendan Cowell 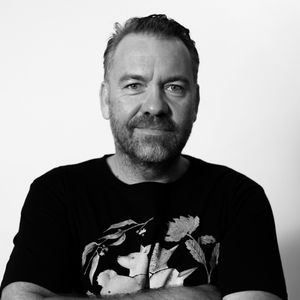 Brendan is an award-winning writer, actor and director for television, theatre and…