‘I mean/it’s the empty future you want to impress’, wrote John Forbes, in ‘Lessons for Young Poets’, ‘not just the people/who’ll always be richer/& less talented than you.’

More than 15 years later, in the thick of that empty future, needless to say we are impressed – and impressed upon. For so many avant-gardists and ‘urban metaphysicals’ (Gig Ryan, “more successful than America”), Forbes remains an enduring influence.

For me it happened without my knowing. Forbes crept into my work through other poets. So much so that by the time I came to read his work it seemed deeply familiar. I found in his poems lines from my own; or rather, I found reflected a handful of almost-Forbesisms that’d taken root in my work. Take, for example, his line ‘a baby//is less asleep than she ought to be’ from ‘Baby’, as compared to ‘I’m less asleep/than I ought to be’ in my poem ‘Afterthoughts’.

Without having read Forbes, this kind of osmosis was (presumably) able to occur because of the influence he’d had on so many other writers. Forbes was friends with Gig Ryan, Pam Brown, John Tranter and Ken Bolton, among others; poets who continue to publish great work, and whose poetry I was exposed to much earlier than I was his. In them I found elements of Forbes and in Forbes I found traces of them.

I was drawn to Forbes for Rhyming the Dead because of this familiarity. Beyond the half-thefts, I felt there were certain affinities between his work and mine. I wanted to explore the similarities of style, movement, language and tone in our respective work, and see where they led.

Forbes wrote against the earnest post-war poetry that dominated the fifties and sixties: poetry as a performance of sincerity, the poet outside doing honest activities, without acknowledging that life is full of television and drugs, that the most enjoyable thing to do sometimes is prop up a bar and shoot the shit. Anyone with a glancing knowledge of Forbes will appreciate the proliferation of cigarettes and golf and public discourse in his work.

But the Forbes poetic isn’t achieved by simply substituting manmade objects for natural ones; it’s done through attitude. This is what unites his poems. It’s what draws us to a piece like ‘Ode to Tropical Skiing’, with its famous refrain: ‘total fucking gas’. This is a poem that moves like mercury through a set of broken paradise clichés and bent logic – ‘daylight saving annuls our tuxedo’, ‘the piano goes to sleep in our arms’ – to arrive at its summit and glide down the slope:

[...] a chalet
drifts thru the novella where I compare thee
to a surfboard lost in Peru,
flotsam like a crate of strong liquor
that addles our skis
& when they bump
it’s a total fucking gas

It’s a poem that lives into its promise. Reading it – and especially reading it aloud – is a total fucking gas. It’s joyous and irreverent and epitomises the Forbes attitude.

The other aspect always present in a Forbes poem is his searing intellect. It’s what allowed him to create works that were inherently of their place without ever becoming quaint or resorting to hollow parochialism. Take the example of ‘thin ice’, which deftly combines the local and the universal:

Concrete in the harbour: if we’d followed this advice, ‘housing affordability’ mightn’t have become the oxymoron it is today. But then, we don’t heed poets like we used to. As Forbes notes later in the poem, ‘HMS Australian Poetry/sails in through the Heads/and sinks without a trace––the concrete arriving/as usual too late for them’.

One of the main outcomes of this project has been appreciating the broad scope of Forbes’ intellect and how it underpinned his every work. By attempting to emulate his poetry, I’ve come to understand just how tight his craft was; despite starting from a position of perceived similarity, I realise now just how different our work is. Forbes is much more precise, more nimble and creative in his associations. His poems move in a way that feels like no other course was possible. Mine are slower, foggier, more tentative.

The poems I’ve produced for this project are hopefully swifter, less ambiguous and less provisional – in short, adhering more closely to a Forbes poetic – than what I usually write. They’re not Forbes poems by any means, but they attempt to embody some of his wit, insight and attitude. Whatever they are, the process – getting my hands dirty in the Forbes oeuvre, going over his poems and letters, trying on his voice – was a total fucking gas.

Aden is a poet commissioned for the Rhyming The Dead Radio Series.

Aden Rolfe is a Sydney-based writer and editor whose practice includes poetry and radio drama. His work has been featured in the Age, Best Australian Poems and Cordite. He’s performed at Sydney Writers Festival, the Queensland Poetry Festival and the Graphic Festival at Sydney Opera House. He was included in Overland’s Emerging Poets Series in 2012 and was the 2013 recipient of the Dorothy Hewett Flagship Fellowship for Poetry from Varuna, The Writers’ House... read more » 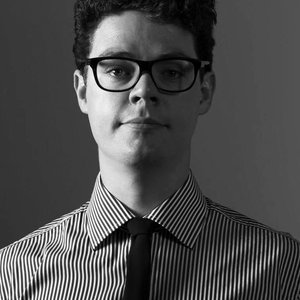