To approach Arthur Rimbaud is to approach a figure at once in the full blaze of noon and in the dark corridor of night. The Rimbaud who wrote Illuminations, The Drunken Boat and A Season in Hell is a face with which we are familiar: there is the affair with Verlaine, the gunshot wound to the wrist; debauched days and nights in Paris and Brussels and London. In the famous photograph by Étienne Carjat, taken when the poet was 17, Rimbaud stares out at us, beyond us, with all the sullenness and invincibility of youth.

Yet the period of intense literary productivity for which Rimbaud is celebrated is brief and finite: before the age of 21, he renounces poetry, travels the world—now a soldier, now a deserter; now a passenger aboard a cargo ship, now a cashier in a circus troupe; now practising piano, now dabbling in photography; now crossing the Alps on foot, through bitter, heavy snow; now dynamiting rocks in a scorched Cypriot quarry. At every point resetting the coordinates, rewriting the record (he is 23, he is 22; he is from Dole, he is from Charleville). The blue of his eyes the only fixed star.

When the first edition of Illuminations was published in France in 1886, it was attributed to ‘the late Arthur Rimbaud’. Though Rimbaud was very much alive—albeit a world away in the Horn of Africa—this statement was in one sense entirely appropriate. The man who, at that moment, was preparing to transport a caravan-load of guns to the King of Shoa, had been dead to poetry for some time. In the beyond of elsewhere, the self-proclaimed seer had become—as envisaged years ago, in a different skin—‘somebody else’.

It is the Rimbaud who succeeds the teenage visionary, who turns and walks into the desert, the sun of the unknown, that interests me the most. This magician sailing to Java and Alexandria; arriving at the port of Aden in 1880, and from there to the walled city of Harar. This master of change, moving across the earth with the energy of a demon, gathering and discarding professions and passions at will. Until his death at the age of 37—grey-haired, in great pain—a dutiful writer of letters and ledgers. But never again of poems.

The lure of Rimbaud will always reside first and foremost in his poetry: beautiful and otherworldly; woven from the strange, the monstrous, the unsettling chiaroscuro of dream. But the poet Rimbaud is only one face of a man who traded in many. Rimbaud the mercenary. Rimbaud the explorer. Rimbaud the tutor, the photographer, coffee merchant, gun-runner—a truth reflected and refracted in every mirror of every self. Now appearing, now disappearing, on approach: man, child, sleepwalker, changeling; perpetually ‘late’ and always in flight, wheeling from port to port through the full blaze of noon, the dark corridor of night.

---
Bella is a poet commissioned for the Rhyming The Dead Radio Series.

Bella Li is a freelance editor and PhD candidate at the University of Melbourne. Her poems have been published most recently in Best Australian Poems (2012, 2013), Contemporary Asian Australian Poets (2013) and Land Before Lines (2014). Her chapbook Maps, Cargo (Vagabond Press, 2013) was shortlisted for the 2014 Wesley Michel Wright Prize. She is a managing co-editor at Five Islands Press.
--- 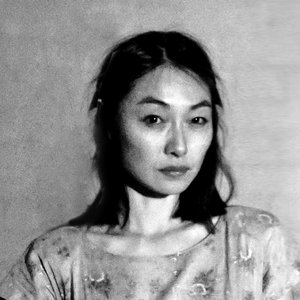 Bella Li is the author of Argosy (Vagabond Press, 2017), which won…