[Instructions:
1. Ask a passerby if you can borrow their cap, preferably an American one.
2. Adjust hat to fit your head.
3. Hold hat in your right hand, iPhone or Android device in your left.
4. Walk into GYS. If closed focus on the faces in the door-mounted photos.
5. Perform the following like a slam poet under lights,
teens these days dig that.]

What’s it like being a teen in 2012?
I don’t know, I’m way too old for that
I can put on my sideways baseball cap [put on cap sideways]
get down with the kids...[make an upside down two-fingered peace sign with your free hand]
but I don’t know what it’s like
to be growing into my own skin
as the rising water of global warming sets in;
and is this even in the news feed of your Facebook generation?

I don’t know what it’s like
to see through Nintendo, PS3, Xbox 360, Wii
till the computer screen becomes an extension of your brain.
I don’t know how to play Call of Duty,
Silent Hill, Scary Girl or Grand Theft Auto –
I even had to go on the net to find those names.
The last game I played was Donkey Kong
where a man jumps barrels
dropped by a monkey or a gorilla or an orangutan;
I don’t know, it was so long ago my memory’s gone.

What’s it like being a Koori teen
Growing up in 2012 Glebe?
I don’t know I’m way too old
and white for that, that’s
a story only you can tell
and if you don’t someone else will lay it down all wrong,
wiping gone your own song
so get it out, speak it up
let it roll smooth and fierce off you own tongue
till what you think, you believe, you feel
is known to everyone.

[1. Leave GYS and return cap to bemused passerby.
2. Go get a coffee at The Wedge and/or check out Sapphos and/or the markets.
3. Ponder the inherent racism
in the assumption
that Koori teens aren’t already telling their own stories
in their own ways, it’s just you haven’t been listening.]

Words fall away by Gareth Jenkins 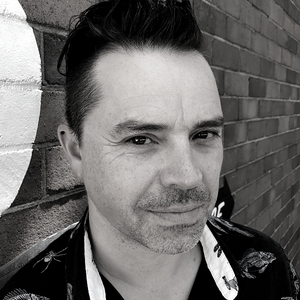