Slips of fish like smears of transparence:
the lagoon shallow and humming

wildness, ringed by extrusions of rock:
two brothers, one brother-in-law, a nephew;

or perhaps two uncles, their nephew
and one father. Dolphins fish in a large pod,

the spiked ridge of submerged rock appearing
momentarily in spume, a dinosaur’s back

surrounded by fins. From here: a son, his father,
two brothers-in-law disappear in swirls

with prehistoric grey beaks, impervious
to the squabbling of the nectar-eaters. 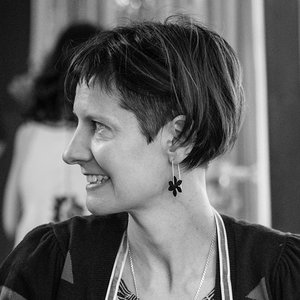