When I was born, I lived with a monster,
But when I turned one, I only lived with my mother,
When I was two, he would kidnap me,
In the late hours of the night, around quarter to three,
When I turned four, the monster planned to move away,
So my mother decided we had no reason to stay,
Before I was five, we moved interstate,
We’d escaped from the monster, finally, Great!
But the monster soon followed and moved down there too,
I couldn’t leave the house without the monster saying
“BOO!”

By the time I was six, he wouldn’t let me ride a bike,
If I got a scratch on me, he said he’d take my mother’s life,
When I was seven, he took me out on drives,
He would speed so fast, I used to think that we could die,
When I was eight, he pulled a knife out on my mum,
in a shopping centres carpark, (wow my childhood was so fun)
When I was nine, we went on a holiday, to our surprise he showed up and said he was there to stay,
When I was ten, he made a post online about my mum,
He told the world how much he hated her, and the rest was just dumb,
When I was eleven, he showed up afterschool,
He said “Don’t tell your mother I was here, I love you baby” just like a fool.

When I was twelve, we moved up to Wollongong,
It’s where my mum dreamed of living her whole life, for so long,
It was only a matter of time until the monster found out,
So he moved up here too, (of course without a doubt)
When I was thirteen, I lived in constant fear,
Paranoid about when the monster would appear,
When I was fourteen, he told me that I should try weed,
He said, “It’ll calm you down and your mind will be at ease.”

At 15, I spoke up for the very first time,
I said “Please slowdown”,
He was driving 160 down the mountain but somehow, I was out of line,
Then he called me a pussy and kept driving faster,
Can you believe this man thinks he’s my father?
Fast forward three years, I turned eighteen,
He called me a junkie and said I’d die of HIV,
Three months later, I went to a rehab,
He showed up one day, and it kinda sent me mad.

So when I was nineteen, I cut him out of my life,
I haven’t seen him in years, nor his new wife,
Now I am twenty, and the monster’s just a memory,
There’s more to this story, I assure you there is plenty,
My life today is wonderful, now that he’s not around,
I have a sense of purpose, and my self-worth has been found. 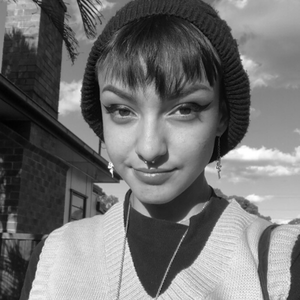