Bonfire as initiation. Nothing, not even
meaning, was ever not metaphor. Try
as I might I could not experience the slow
degranulation of sandstone into sand
and yet here the four of us went walking
at Bondi by the water (this was not
yet dusk) which seemed, this walk, “immediate”;
in the middle of the moment one tends never
to allow for the millennia preceding the cool
easy dip. Though I could have sworn I
remembered from long ago these riots of waves
booming on the tympanic membrane like atoms
scattered by particle reactors preceding
the birth of the Sydney Basin. I could have
sworn to that, at least. Mirrah found
a starfish. I remembered the yellow-bellied
sea snake, two thousand miles off course, writhing
its last on the sand in 1993. Or the exhausted
albatross just trying to stand, just give me a moment,
wings spread wide as the seagulls went batshit
with rage, not our beach, nuh-uh, a mob
descending, though in animal kingdoms, of which
I count myself acolyte, that’s known as
presumption more than “gulls as selves”.
Everyone battling their own agency. None
of this was relevant in Minamurra Avenue in 1973
when I stepped into the creek: eel!
Luke Davies, “From Initiation to Ideation” 2
That shudder echoing still. The bull-ants’
nest and those fractals of pain. The magpie’s
relentless swoop. And so I had to work out
the vehicle of de-atrophying just as “sandstone”
works out the beach toward which it will
ideate in nine hundred thousand years.
Same goes for those smooth rocks, clacking in the creek. 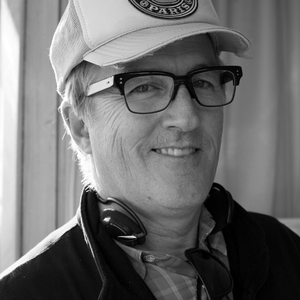