Her drowning was stranger than the story of Eden. She’s on the hard
sand now, waiting for the emergency services to arrive, but there is no
doubt she’s dead. Her ovaries are sodden orchards, her lungs choked
billabongs, separated twins. The lifeguard, who is really a very nice kid,
he is, wishes he’d had the courage to ask her out when the chance still
pumped blood, even pulled the girl religiously by her hair into the cool
cement chamber of the surf club and made love to her, worshipped her,
liked he’d wanted to. Counterfactually, the sandbank would then have
collapsed without her, she’d be no sad mermaid with that hair wrapped
around her dead, blue throat. Someone had pulled her down, he swore.
No one believed the lifeguard: perhaps it was sunstroke talking. Zinc —
atomic, brittle zinc — had offered him no real protection. You are a
peach, girl, he’d thought, watching her enter the water, You are made
entirely of fruit — then felt ashamed of his own loose desire. Now, he is
angry, and will never again be so stupid as to ignore the gods. He returns
to the lip of the ocean and has a quiet word with Poseidon, in the
Australian way, which involves much silence and no mucking about. 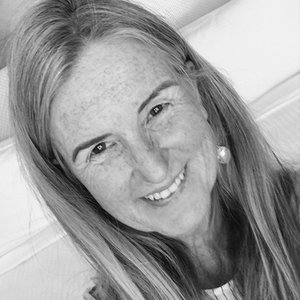 A poet and cultural historian, Susan lives at the beach in the…