The inarguable harbour proves the point
hit by the low winter sun, we squint
fishing for cutlery, facing the mirrors
in a high-ceilinged room.

We discuss pies and north coast water,
pale meat, dark gravy, Broken Head. Each beach
orchestrates a meeting of sand and water,
a certain mood or consistency, according to sandbars,
light, temperature, rock outcrop—and what to call
the way we gauge the feeling of surrounding water,
its pressures, its tastes and density on our faces,
in our thinking and remembering mouths, summing up this place
and the last, this place and the possible next.
The feeling of a wet face in the open air. These
summer memories persist in their fading.
I watch the unpainted, unphotographed scenes,
where two shadows stand in the shallows
hurling a ball back and forth for eternity. Knowing,
somehow, that they are creating the future with this custom.

It’s the kind of aspect that makes you check
every minute or so, thinking that it might have been a mirage.
That it might have ducked off or returned to its postcard.
In the east, winter deadens nothing of Sydney’s glamour.
The harbour is everywhere; distance in the foreground,
over there, but saturating your gaze no less than lack of sleep.
And something about the light these last few days,
ember-red mornings and evenings, penetrating, silvery mid-afternoons.

Strange to see such dedicated early morning activity,
such concern and seriousness in the minds of young men,
such mannered tentativeness and melancholy. I suppose
that’s the pain of adolescence, these adult sensibilities
crystallised in the foreign zones of youth. But it’s never a complete
or chronological change. We simply
become different children in a way, who discover deft, often clandestine techniques
for consulting that distant temperament
on matters of importance: like which treat to choose, or
whether to get up to something simply for the sake of it.
And perhaps we are never more adult
than in those dawning days when the contrast is most pronounced.
When the duties faced later still seem an impressive illusion:
avoidable, symbolic, inconsistent apparitions on the horizon,
to which we temporarily but never more believingly adhere.
At least that’s how it seems, walking amid the quiet activity
on the last day before winter break,
in the stunning, horizontal light, the panorama cut with mirrored surfaces,
sharp, dripping breaks in the outlook, nested coves and grand prospects;
such an unlikely atmosphere in which to reminisce, and yet… 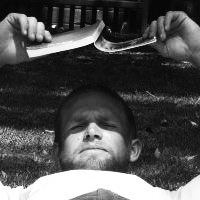 Tom Lee is a lecturer in the Faculty of Design, Architecture and…