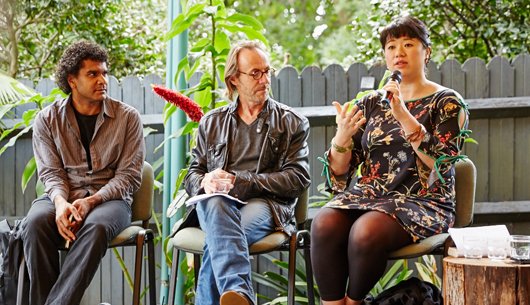 The fern, in infinite slowness,
uncurls each frond; each frond a sister
to another, so many fingers and hands

~ from 'Fern' by Eileen Chong

Finally, everything has flourished into fantastic fruition. Fertile and flowering on Saturday the 21st of May was The Red Room Company’s partnership with Royal Botanic Garden Sydney, Olympic Park and The Planthunter, all together known as the plant growing project, New Shoots.

Watered from a seedling for many months, New Shoots, created an eco-narrative space within Sydney’s Royal Botanic Garden for the first time. By digging into the theme poetic pathways within gardens, which concentrated on site-specific plants, both flora and flora lovers have been nourished through this creative fertilization. 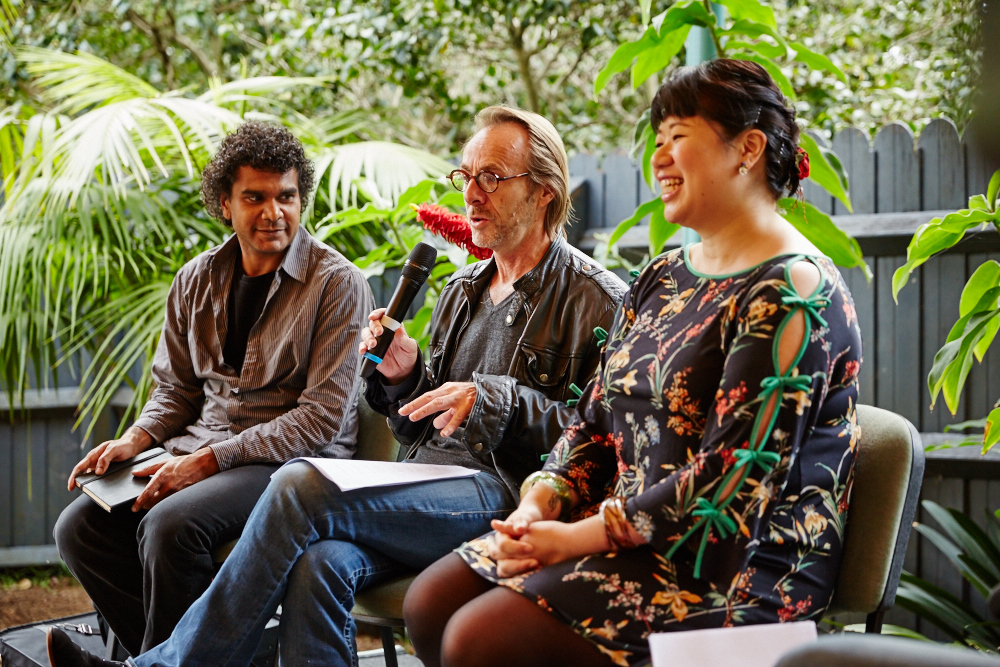 Poets Eileen Chong, Mark Tredinnick, and Eric Avery, were commissioned by The Red Room Company to produce poems that engaged with the cyclical time of nature, addressing how our Australian landscape revisits both meditative and scarred cultural spaces every time a plant matures, dies, and is reborn. Our three poets set up on the day (after many months of visiting and touring The Royal Botanic Gardens), at their chosen plant sites, and once we split up into groups on the day, we followed these newly carved paths. Here are the different walks we tread:

Path 1: Sydney/Singaporean poet, Eileen Chong, bases herself at The Fernery. Her works such as Burning Rice and Painting Red Orchids, gives her a tradition of connection between poetry and place. Chong expresses her love of the ferns with their: “infinite slowness…each leaf a sister…so many fingers and hands.” Chong also tells the story of the big, almost wishing like tree, she waited under for her mother during her childhood, constantly surrounded by ancient incense.

Path 2: Sydney poet Mark Tredinnick stands as a marker for cyclical time at the now degenerative lotus plants. They sleep under his words, exposing the mud, exposing beauty in bareness. Tredinnick respects the lotus’ ugly cocoon: “If you want heaven, start in mud. Begin Transfiguration where you’re stuck.” As we observers sit, close to understanding Buddhist enlightenment, we come to connect with the many changes within ourselves. Sometimes it is not Tredinnick speaking Lotus Pond, but the sleeping brown whispers of the lotus plant instead. 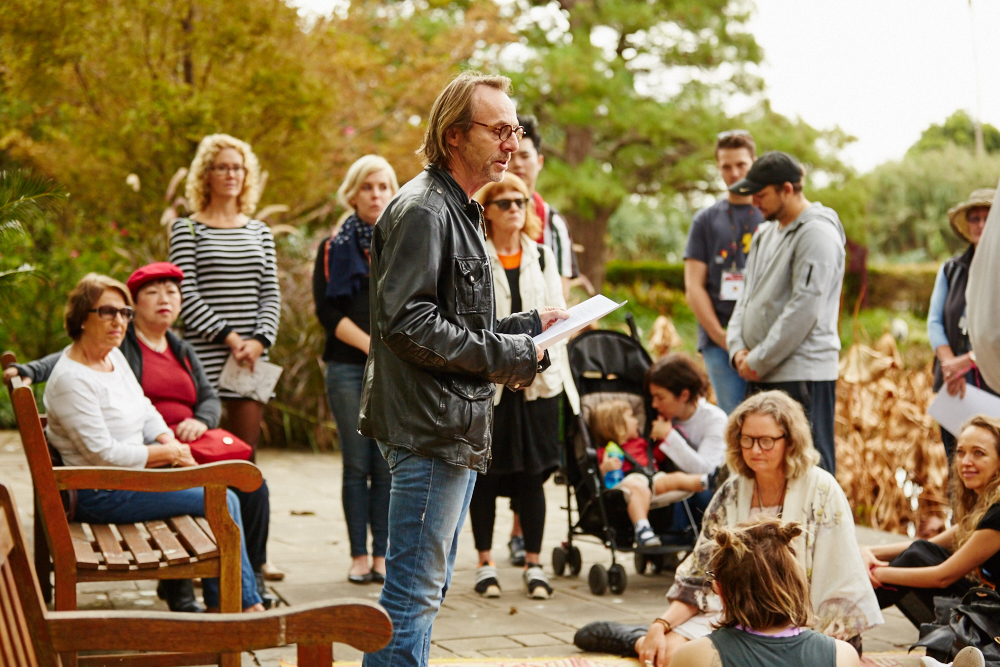 Path 3: Indigenous Sydney poet and musician Eric Avery refuses to introduce himself or give meaning at the start of his performance. He stands, under the twisted branches of a Strangler Tree, crying through a violin. We wait patiently as he translates the unwritten language of the Strangler Tree and the Paperbark Tree underneath. Through this, Avery tells the story of his people, who once “screamed” at the very bay of the Royal Botanic Garden, strangled by the arrival of white people. Avery not only articulates this intergenerational trauma, but also begins the long healing process. 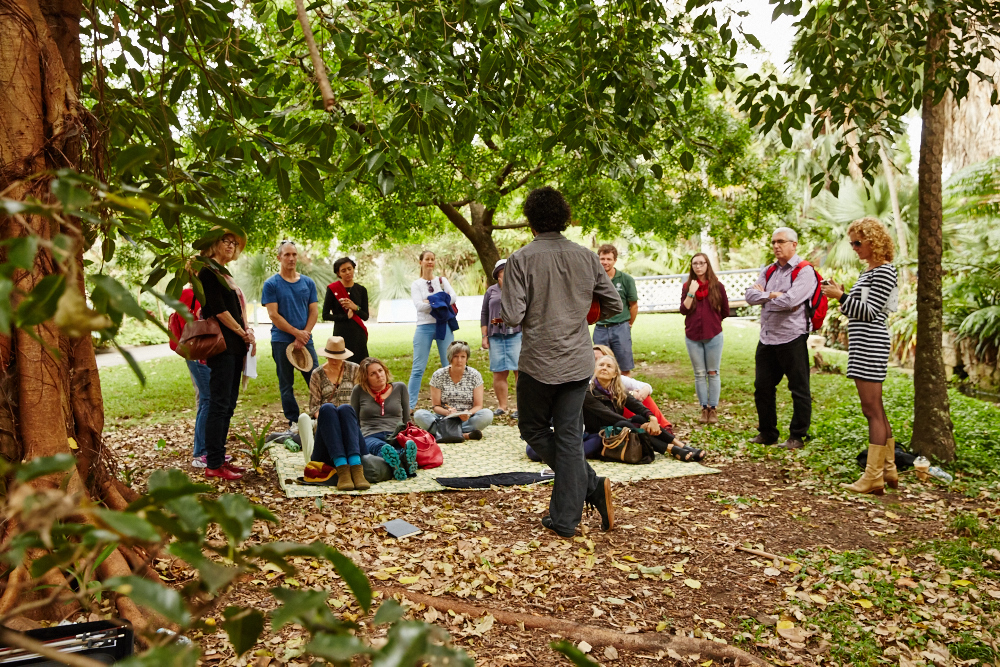 Paths are not only forged through concrete, but through words alone. Words are a healing and recyclable means to encourage people to care for the Earth under our feet, the Earth we call home. After visitors got to engage with the poets through The Planthunter, and talk freely about the site over food and drinks, new shoots of understanding were packed into the dirt. I’ll never forget a visitor who came up to me, bought a book, sighed and said: “I’m so thankful for this. I want to take this concept and go back to rural spaces in Australia. We need this too.” This is what New Shoots is really about, spreading feeder roots into the Australian ground, fertilizing and healing our spaces. To create our own econarratives in the greenery we admire, and thus, nurturing all living things. Through poetry, we all get to choose healing in our cyclical natures. 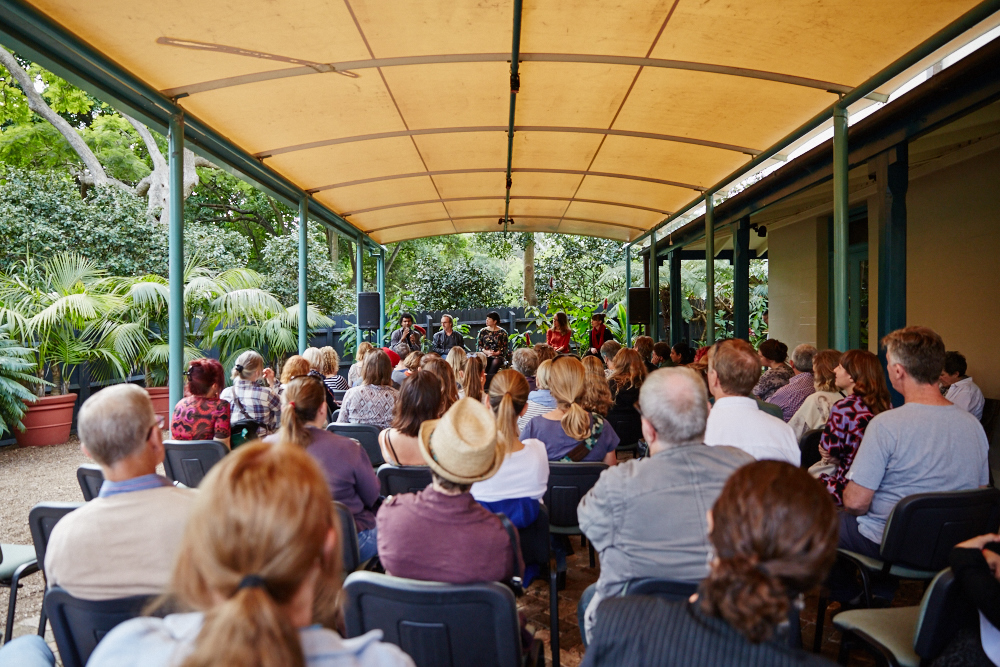 The Red Room Company's poetic arts project of 2016, New Shoots was launch at The Sydney Writers' Festival, in collaboration with the Royal Botanic Garden Sydney and The Planthunter.

To find out more about the project »
Explore the day in Tweets »
Explore the New Shoots commissioned poems »
Read about Mark, Eileen, and Eric »

Winnie Dunn is currently in her third year of studying a Bachelor of Arts Pathway to Secondary Teaching at Western Sydney University. She majors in English and Modern History. A sometimes blogger at www.winniereads.wordpress.com, she likes to spend most of her time reading books, people and shamelessly sharing a lavender-scented toy bear with her seven year old sister. 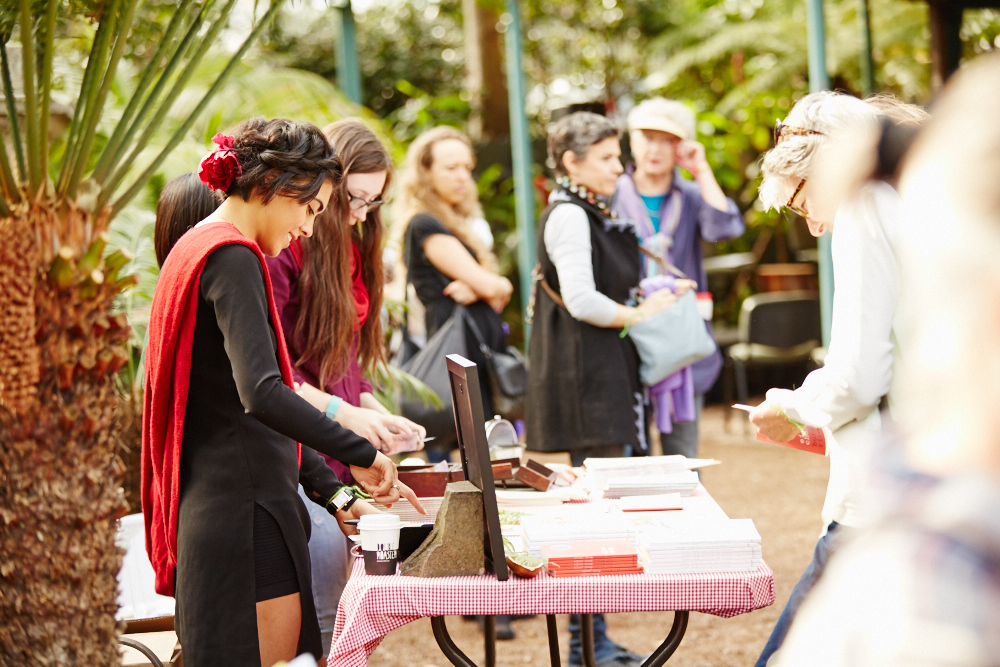