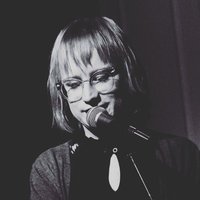 Bennie Solah (she/they) is a trans spoken word artist, drag queen and spoken word producer based in Melbourne, Australia. Her work primarily focuses on personal identity and the world not making sense, and has appeared on pages, screens, stages, trams, and wrestling rings, as well as taken to the US. She is the founder and Director of Melbourne Spoken Word, an organisation aimed at supporting and growing the spoken word community in Melbourne.