When I was a child I dreamt of being a pirate
so with pockets full of prayers
a throat full of questions
I set sail,
into the obese ocean
a typewriter for a boat
one eye shut  two palms open
the moon took the sunset out of my rise
swooned into existence
the night was still
yet still
stood loud and empty
like 10pm arguments over brushing your teeth and going to bed on time
that keep you up all night-
there I  stood on the wisest corner of the earth
right where the ocean ends and the mighty waves burst into
the violet sunrise and set like a lullaby
I saw a man.
He was a thousand years tall,
had one eye,
a flashlight for a voice
they called him 'The Lighthouse'
he neighboured the stars yet felt still ...felt alone.

I have never seen a bruised or a broken heart
But I have seen way too many battles won by blindfolded wrists
who refused to let go, refused to give up on
arms that didn't want to be held
by hands  that needed them  to hold on ...when all the light went away.

He
told me a story a story...of the flame tree.

Once upon somewhere
the Sun was selfish - holding out for light
a flame tree grew on the edge of the sea
she stood ancient and stubborn with dried roots and
bare branches barely decorated by crimson leaves
which held on like a kindergarten promise
you forgot you once made
yet she was afraid
she was afraid she would suffocate under all that darkness
And so she turned to the ocean
and noticed
the only beacon of  light in sight was that of the lighthouse
and so she sent leaves in the wind,
she sent leaves in the wind,
as kisses -to get his attention
and…she did
undressed her ego...
and felt light...
she felt light…the actual particles of light
shone bright upon her
she felt warm
royal and vibrant like the morning calls of  a lyrebird
she felt home

Spring skipped and sang  ever so loudly
awakening the flame tree from her sleep
She
realised
her  lighthouse was gone
her mouth,
was a temple -with every syllable she cried  baptised her lungs
her pleads shrieked shrines and echoed like sin yet  stood proud  as forgiveness!
Her soul sulked till her crimson limbs hummed hymns  in unison
prostrated the earth,
as the gargoyle of constellations wrapped the sky around her shoulders...
for the West Wind was swift that night.

Her ribs dried up, and  ancient like a thousand coast lines
Her... spirit is a
thousand folk tales now. 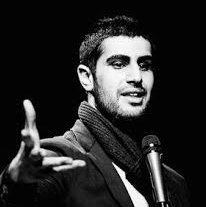