THE EXTINCTION OF KINDNESS (Title Poem)

THE EXTINCTION OF US

THE ABYSS OF AN APOLOGY IN AUSTRALIA

attracted to the neon light of an auction house
they stand in single file, the natives
selling their artefacts for food

IT'S JUST SO WRONG!

Respect to the GunaiKurnai

Note: A New Zealand man has been jailed for 14 days and fined $2,500 for poisoning 406 wedge-tailed eagles at three remote properties in Victoria’s east in Australia. It’s the first time in Victorian history a person has been jailed for wildlife destruction. The farm worker said he poisoned the birds under the direction of his employer. Farm worker Murray James Silvester, 59, pleaded guilty to killing the protected birds at Tubbut in east Gippsland between October 2016 and April 2018. The court was told the maximum penalty for killing so many eagles was more than $350,000 or six months jail.

he arrives unseen, from nowhere
like a bird of prey, a sudden joy, curiosity
to the cherry-wood box he carries in his hands

together we celebrate his entry
as we have been taught politeness
the best manners, an ability to wait for miracles

he teaches us a song; we sing
as he releases the hand-made box
covered by the fingerprints from many ochre hands

the air under an owls wing is silent
noiseless with another resonance of air
listen for the pauses, the warnings, the diminishing

it arrives unseen, from nowhere
like the first day of school, an insult
the shock of being taunted for the colour of your skin

Ali Cobby Eckermann reads 'The Extinction of Us'

Ali Cobby Eckermann reads 'The Abyss of an Apology in Australia'

On 'Story Tree' by Joy Harjo and Ali Cobby Eckermann 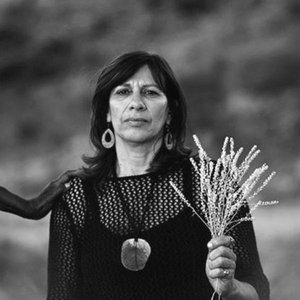