Sitting in a veil and goggles against the flies
Wills writes ‘Dear Father, Cooper’s Creek is like’
and names an English stream. Looks at gnaw marks
of rats in his belt, saddle, even his drawers,
and says aloud ‘But quite unlike.’

Gray looks up, grunts, gives a rattish grin,
as if to say ‘First sign o’ madness, Mr Wills’
and Wills wonders, watching a sudden chase of galahs
in theatrical pinks and greys, ‘how in hell
will this letter get …’ then corrects himself.

‘This letter will get sent.’

In the increasing heat, all stalk around, chewing
whiskers or lips: supplies will not hold without Wright.
Christmas approaches, the choice is stay or go;
either way they need stores from Menindee.

who was not niggardly in exposing
her arms. And was known to show a foot,
occasionally, when rushing
from kitchen to inn.

But that was then:
since, tracks at Bulloo Lakes,
wheel marks, a horse’s print.

Everyone had thought
(and Burke had said)
‘It’s long-lost Leichhardt’.

And everyone thought
‘Poor bastard,
there but for the Grace of God …’.

And everyone borrows everyone else’s copies
of early explorers and pencils-in the risks.

After four months at Cooper’s Creek,
Patton is nearly dead, the rest have scurvy
and Brahe pats grit over a pit of supplies
with a note in a bottle, and watches sap
ooze in some score-marks. They retreat.
Wright has not shown up.

shout out ‘They left today,
they left today’ and all three
read the note. Burke murmurs
‘with six camels’; Wills says
‘Lord, with twelve horses’; King adds
‘and ours are done in’.

They take the stores, rebury a note and leave.

Ten days later, Wright and Brahe ride in:
they kick around the camp and Wright says
Looks like there’s been blacks about.

Brahe, who knows that Wright can’t read,
says Um, yes but no longer in command
refrains from suggesting they dig.

After half an hour, Wright says Let’s leave.

Three weeks after that, Wills — starving now —
walks back into camp. His face and feet are
blistered and he hunkers down to dig.
He finds no sign from Wright and Brahe.

On his eight-day walk, he’s continued his notes
the better to understand my plight. He rips out
a journal page — noticing how his hands shake —
and writes

Both camels are dead and our provisions done.
We are trying to live the best way we can,
like the blacks, but find it hard work.
Send provisions and clothes.

Within a month,
Wills is dead
but as he’s dying
he writes

(still taking his pulse
like the doctor’s son
he is)

I can only look out,
like Mr Micawber,
for something
to turn up. 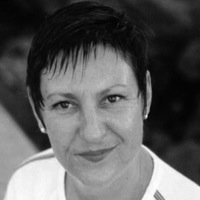