There is no water.
Outside the ground is dust.
A man takes the animals to another red-and-grey plot.
He watches their fleece rot. He watches the flies come.

He shoots the sheep.
Their faces are meals for the birds.

Four little girls lie in one bed.
Their mother is singing. A lullaby she knows. Her own
mother sang it to her in the rain.
While she sings she touches all the small toes.
One-two-three-four-five toes.
Four-five-six-seven-eight feet.

The man comes home. He finds his wife.
The daughters are sleeping.
He grabs his wife’s jaw. His grip opens her mouth.
She stands in the bedroom with her mouth open and her
body open.
He feeds her the dust from the animals.
He feeds it to her with his fists.
The littlest one snaps opens her eyes.
They are all of the whites around a blue-hazel moon.
He blinks, and she blinks.

In the late 19th century, South Australia was in the grip of a mighty drought. Farmer’s wives had almost no agency – they were chattel, like the land itself, which had in turn been stolen. My piece draws on letters and diaries from the time and the knowhedgment that we are still here, allowing women to carry the mercilessness of the men’s rage at a dying planet.

"I am not a poet, so I am frequently amazed by them" 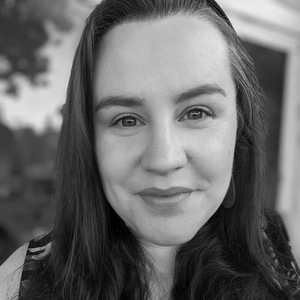