i.
I blame Madonna. My fingerless lace gloves got me busted. Mother, always the fashionista, tried them on, held them to her cheek, blanched at the whiff of stale smoke and searched my room. The contraband, a pack of Drum (Milde Shag), was on my person as I followed her around, but she found it in the pocket of my blazer and burnt it in the Aga.

ii.
I’d dreamt of Gauloises, but that summer we smoked Lucky Strikes, lakeside in the Alps near Gap.  We were tanned, unaware of our taste in their mouths—the white-teeth boys who offered a light from brass Zippos. Delphine and I swam the lake to escape, walked back on virgin feet, laughing at nothing, bumming a smoke on the way, and who wouldn’t give us one?

iii.
A pool of denim and velvet on the floor between bed and door; sending a taxi for smokes at 3am; all those things we don’t do now, like cigarettes after sex—crackle as leaf becomes ash, sheets of smoke suspended, up-lit by a candle in a Mateus Rosé bottle. On the nightstand, like a carriage clock, Dunhill’s claret-and-gold pack; alas, now gone, replaced with images that would put you off coming.

iv.
Lighting up in the fire escape: me, filing clerk and hot CEO, who tells me I should wear red to work more often—you could back then.  And the switch to Silk Cut Ultra, when you realise addiction is not strictly chemical. I mean, how much nicotine is really in those things? Fourteen years post-quitting, the gaps—still there, after dessert, or making love, or when news comes on the phone that someone’s died.

v.
The first time you have a panic attack you have no idea what’s happening, only that you cannot read a simple instruction in English—how to call home from a public phone in an unfamiliar city; only nonsense words, and lungs that won’t fill. Two good pulls on a Rothmans would’ve shit all over the Xanax they prescribed, but that only occurred to me years later.

vi.
They tell me I still have the smoker’s personality, whatever that means: extroverted, tense, impulsive, neurotic, sensation-seeking—this last, I love: the search for new, complex, intense experiences, and the predisposition to take risks in order to do so, including radical sports, criminal activities, risky sexual behavior, alcoholism, use of illicit drugs, gambling. Well, maybe I have, and maybe I haven’t.

vii.
And now we live to a hundred, nothing left to spare us from days spent lap-rugged in a wheelchair, staring through glass at pariahs huddled outside cafés and bars. (Viva! Vivienne Westwood, at the ball, pack of Marlboro tucked up the puff sleeve of her gown). Can it be that hard to create a smoke that might grant years of calm, and, one unexpected night, assassinate us in our sleep? 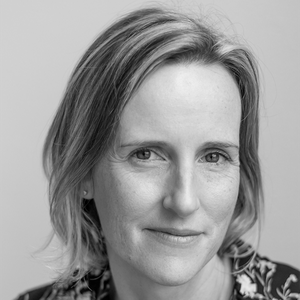 Audrey Molloy is an Irish-Australian poet based in Sydney. Her debut collection,…