and silk their skin bare,
for here and gone and taken

My father asked me to write about her. We have visited her many times this past twelve months. I always feel safe at the base of the mountains, even though she is a mere stone’s throw from the highway. This place is called Yellomundee, after Yarramundi, a great man of the Boorooberongal from Dharug country, where my family have lived for many generations.

I didn’t know what to say about her when I started this project. She’s easy to miss; the council forbids the maintenance of this engraving, even though this site has been vandalised many times. The ledge where she is outstretched is surrounded by snow gums and stringybark. The stripping bark and flailing limbs evoked the dramatics of public weeping for me. I experimented in finding a way to describe these surroundings; it is such an open and big sky space, but what came to me was theatre and audience. I found it difficult to balance the strength and endurance of culture with the sadness of what has been lost. I wanted to be respectful so I shared many drafts with both Aboriginal and non-Aboriginal people. What came out of the process was that it wasn’t just important for the poem to sound good, because engravings are stories themselves, it needed to look be shaped respectfully on the page, and to show resonance. I think it’s only fitting that I struggled over every phrase and every image. Like so much of our culture, she is subject to debate and disagreement. Hunting site, men’s site, women’s site, and then of course, what should we call her? In archaeological terms, she is K1. I wanted to use language in this poem, but we don’t really use names when we visit. We take our shoes off and we listen.

Evelyn Araluen is a PhD candidate and educator working with Indigenous Literatures at the University of Sydney. In 2016 she was runner-up in the Nakata Brophy Prize for Young Indigenous Writers. Born and raised on Dharug country she is of Bundjalung descent.   Read more » 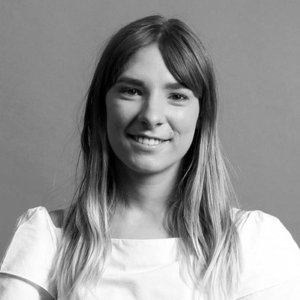 Evelyn Araluen is a poet, researcher and co-editor of Overland Literary Journal.…