At university I learned about mathematics-in-music.

Between binge drinking and finding my soul

I discovered the inevitable:

I bought a Dave Brubeck CD and listened while I studied,

while I strove to write poems without counting syllables,

while I ate two minute noodles and drank six packs of beer,

while I tried to sleep to my roommate fucking

(in time to beats of jazzed up fives)

a coed from the second floor.

I memorised melodies and had to do equations

and questioned my vocation as would-be poet

because Take Five wasn't a stroll down an alley

of garbage cans and scurvy cats, the woman in red,

a hobo whistling, a man in a suit with an alto sax;

it was perfect numbers from fractions

with order and reason

and from it came rhythm and song,

only I wanted to be that woman in red,

that very sax, even one of the cats

because I wanted to believe that magic lies within the muse

and algebra was dead as high school classes

I wanted to heed the creed of art for art's sake.

bourbon and cokes and lost my virginity

all in a year.

My first, he dumped me in two week's time

while the bourbon turned to cheap red wine

and I wrote poems on life-til-now

while others took notes 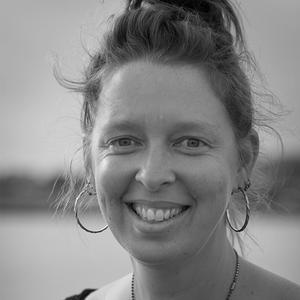