To drag you back into viability
mainland scientists descended
to haul you into a breeding colony.

But vanishing was fast, and the last
of your brethren we heard echo-locating
in August 2009. What on earth led

to your demise, so many now ask,
weltering through herbicides and pesticides,
closing their eyes as they drive past

pockets of vegetation being emptied
out, mined, harvested. World is your
island. World is a roost under

dried fronds of Arenga palms,
with your few-gram-body
the soft-spot of reminisce

and distress. What is vanity
in bringing one’s self into the blank
mirror of clichés—

make up, repair. This picture
in which you’re edited out?
Who found you roosting

in that hollow of a syzygium
nervosum. Why should they know
about the size of your testes, your voracity?

Night sleep. Day forage. In and out
of primary forest. So familiar,
and yet, the details, the reports,

then nothing. An ad in the personal
column of —— to you in your space,
and to those people who lived

in and around you. Just passing through
from Cocos (Keeling) to the mainland,
but taken into custody by the Feds

at Christmas Island airport
because of a failure to cross back & forth
between material and spirit worlds.

No cultural lift, just loss of connect
on both planes. And yet, as your
echolocation reached across

the twilight before twilight
arrived, a waking sleep, moths
testing the walls of constraint,

I tuned in—haunting premonition
of loss, forage zone of the spiritually lost,
the vulnerable, the lonely. What family

will post your obituary—trapped
in descriptors and comparatives, analogies
and desperate metaphors? Your thin-

John Kinsella reads 'Not the Postage Stamp of the Christmas Island Pipistrelle!' 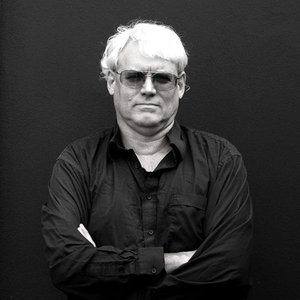 John Kinsella’s most recent volumes of poetry are Drowning in Wheat: Selected…