No, I don't know how to tell it right,
you see I was never educated, not like him, the little vermin
(now you call him angel, victim, interchangeably;
but he's just a boy-a boy with books and a greedy
stomach). Boys like him in their smart breeches
always like to string along a story. Yes, the gory
details, that's his blunt style of rhetoric. He
cleverly cobble together an accusation, a plea for
justice, and me-me? No, I don't know exactly
what to say, I haven't read books or seen the
streets of Prague, can't tell exciting tales-just the
details of each day I know: the dull prick of a dull
needle of the thumb, how to gut a fish, the
stinging kiss of brine. When I was a girl I let a
butcher-boy keep a lock of my hair after I'd pulled
up my stockings again. No, I never thought
seriously of marrying him, but yes I learned a lot.
He talked of corpses as though, with the right
incisions, they could be folded into origami cranes.
He taught me where the best meat lies. Yes, it's
true he once told me while pulling the grass from
my hair he was intoxicated by the taste of human
flesh. No, I don't think he meant it like that. No,
I am not being coy. Yes, I cut the boy like I learned
all those years ago. Yes, I think it a crime to let
good food rot in the ground. No, I will not pay the
bills for my daughter's therapy. Because I don't
think she can be helped. I don't think it right the
way young men observe her. Yes, I suppose it is
easier to play Procne when you didn't give birth to
him. And yes, it's true a demon was in me. All
day so hot, my badly fitting dress soaked through
with sweat, his father never came near me for
days when the sun was at its greatest stretch. No,
he hadn't touched me for days. Yes, I think
women should have the vote, should cast their
opinions into the world, as useless as the rest. No,
I never tasted the boy's rump myself. His father
ate it all. Yes, I think it is true Mozart saw the
devil at the end. 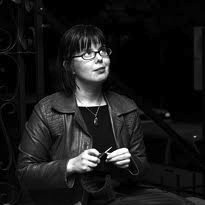 Kate Middleton is the author of Fire Season (Giramondo, 2009), awarded the…