He learned to paint on broken statues.

In his pictures, the weather looks real, the people

in the gesture of a statue, the iconography of feeling

for the passageway of a Palace, where you keep stepping back

and back to see the thing entire – He has copied,

with the brushstrokes of a miniaturist, facts that are lost:

trophies and armour from a stone frieze

where now the market is, as if he could by that precision

free these spoils of the Triumph – That soldier

bearing the empty armour high on a cross –

eaten out, like apple casings at the end of summer

in the grass – that soldier missteps and looks down.

It is the gesture of remembering. The Triumph folds,

perspective by perspective, into that vanishing point --

The picture is mostly of legs –

it shows the Triumph from a child’s viewpoint.

Soldiers and horses – so many, they crowd

perspective out. Only a few figures stand entire

at the boundary of the picture as if they would step

the next instant into that vast which is not there –

The pattern their legs make repeats

the pattern of lances, angles drawn against the clouds

like a working out of every possibility. Captured arms,

sights that replace each other, new and again

new, the way I remember highways from the back seat

of my parents’ car – fields stacked with light

which did not pass but poured through me – Procession

so massed and intricate, here and again on their painted placards

to the walled city and the city is their backdrop

and its backdrop is the sky –

Even from their calves,

from the balls of their feet, breath strains upwards

to the trumpet’s mouth. They have closed their lips

on metal. Now they cry with its voice, bright

uncompanionable cry – It is the picture’s only sound.

Catcalls, the jitter of harness, these you imagine

poised in that next instant when the horse’s hoof

will fall, the chariot advance –

Only metal has changed the colour of the light,

making it colder even where it shines

alike on gold and bronze and polished lead –

Even the clouds look brittler with the light

Casually the soldiers walk after the trumpet’s cry.

THE TRIUMPHS OF CAESAR 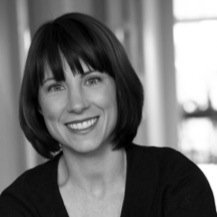