THE DAYS have turned Biblical, warnings
Come to pass.
Warmings have quickened fast,

Like sand, and suns have turned prodigal. Dooms
Have fashioned rooms in which we still refuse

To wake.  Jung always said uncomfortable
Truths we refused to inhabit would grow

We thought we ran.

And so, one day
It’s fires burning all the green in every

Southeast forest brown and downing every
Song; and the next day it’s the drought

Come to town on the north wind, a red scrim
Varnished over everything at dawn;

And the day yet, it’s hail hard as retribution
And heavy as artillery fire on the capital;

And for many days then, it’s smoke where sun-
Light used to play, smoke become the nation’s

Largest export (after coal and overpriced
Education); until it’s fire again, for these are

At breakfast, when you could’ve done with them
At dusk, when day refused to dampen

And the seabreeze—where it always washes in—
Refused to swell.

And just now for a moment

In a morning rain the miners make a contra-
Puntal noise about, you could almost begin again

Had not become the weather’s orphans,
The days a climatic concentration camp,

The suburbs the leading edge of the sort
Of catastrophe you conjure by neglect.

And on the windchime’s tip one drip hangs
Tough against all that wants to change. 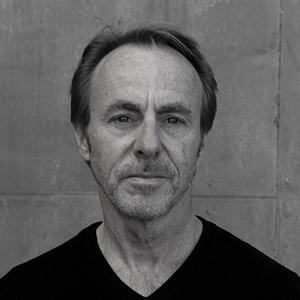