Iranian poet and political refugee Negar Rezvani reflects on her experience in Australia's detention system and the freeing power of poetry enabled by journalist and curator of Writing in Resistance, Saba Vasefi.

In the absolute darkness of winter, I was a prisoner in a room where hearing the sound of the wind coming from the window was a crime, and the demands of the prison officers were to take sleeping pills that never put me to sleep. Rather, numbness took root in my body. Prison officers who called my 7-years of imprisonment temporary. And I could never count these psychological tortures temporarily because it is a mistake to count whole life permanently. Because life itself is temporary.

My dear Saba Vasefi, on the coldest, hardest and darkest night, in the first conversation, she gifted her wings to me by saying, "I have two shoulders, and these belong to you!” The humbleness, power of her words and the boldness of her literature in her poems shed the light of hope on the darkness of the thick walls of the prison and I became fascinated to fight against cruelty with the pen and writing. With sorrowful hands full of pain on my heart, I became a refugee in another country for a farther journey in the USA, crossing borders and countries, so that I could, for once, experience the sunrise from the window of a room without a prison officer and write about unheard voices that never reached to any human being and injustices that were never seen, and news of mental torture that was always buried. Writing is the most saving way to reduce the pain of my wounds. I am very happy and proud that the poem ‘Silent Suffering' goes beyond borders, beyond nationalities and races, and it is worth mentioning that supporting the suffering of women in the form of art and literature has a transcendental value. This value reduces a woman's anguish and gives her hope and freedom. 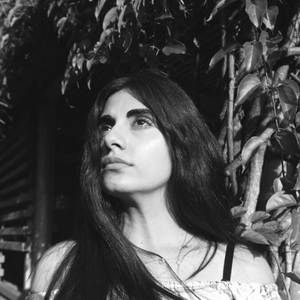 Negar Rezvani is a young Iranian poet and refugee. In 2013, she…