I accepted my first rejection slip
humbly. I took the next on the chin,
if with gritted teeth. The third
I balled, and threw four periods
of angry bins, with no time-outs.
I smoked the one after that,
with a sense of blissful closure,
although it might not have been
the paper. The next, an unsigned
letter of encouragement, I flushed
down the drain like the shit it was,
which I must have soon forgotten,
because I ate the next half dozen,
if with garlic dipping sauce, a feast
of hand-rolled low-fat low-cal
arancini, though high in roughage
and black-pepper ink, the proxy
flesh of my enemies consumed
in a slow sacrament, then sent
the long route down the sewer,
less in the sweet heat of anger,
than on an ice-bed of revenge,
a dish best served degustation.


When rejections began to come
by email I wasn’t sure what to do
without electrocuting myself.
Why submit to such impersonal
injustice?  The last I printed out
and burnt with due ceremonial
irony.  The magic seemed to work
even though I didn't believe in it,
because the slips stopped coming.
Years passed, and everything
I offered got accepted, everywhere.
My head swelled so much
submission seemed beneath me.
I always knew those thinly fame-
gilt, silver-haired years would end
by official decree, if not so soon:
the loom of a rejection so final,
so indigestibly hard-copy,
it seems best to bury it with me,
after a properly satiric closure
of the horizontal wooden door.
Pin it to my chest on that big day
in, a report card to be taken home
unread, if not unforseen: evidence-
based, at least, and personalised,
at last, hand-signed by a peer
who knows me from the inside out,
and which, if I get to sneak a peek
by match-flare in the dim coffin light,
might be mistaken for a certificate
of encouragement, or even, given
a wisp of magic riding the last gasp
of irony, a kind of acceptance.

Peter Goldsworthy reflects on his love of poetry 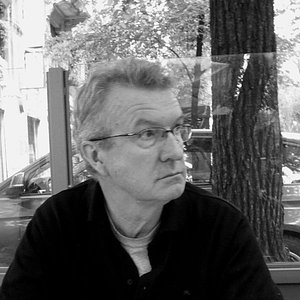