~ from 'Maidenhair' by Sarah Holland-Batt

Wild or formal, hedged or rambling, ratty or grandiose, gardens and public parks are always the first places I seek out wherever I live. It’s often the very first thing I do when travelling, too: I take the tube to Hyde Park, a cab to Central Park, or I head to the botanical gardens in Launceston with its strange resident tribe of macaques. Of all the public parks I’ve spent time in, I have the most lasting affection and the deepest connection to Central Park. It was a refuge from my shoebox-sized studio in Morningside Heights, a place I used to walk for hours, and very often write or read poetry. It’s more than five years since I lived in New York, but I remember every last inch of The Ramble, where I used to sit on a park bench with a pumpernickel bagel and bottle of pulp-heavy orange juice from Zabar’s most mornings. In winter, I’d watch cardinals, juncos and treecreepers squabble and feed on sunflower seeds scattered in the snow. In spring, I’d scan the trees for the fledglings of Pale Male, the city’s resident celebrity red-tailed hawk. Summer, I’d watch for red-eared slider turtles sunning themselves on logs—streaks of red running down their liquorice-coloured necks. The park was where I was most aware of the seasons and of the passage of time—the maples carpeting the grass with yellow and red in fall, the light evaporating early in winter, the long lingering summer dusks that threw long shadows on the lawn.

Botanical and city gardens are also profoundly human places—arranged and ordered for our benefit, set out in manicured beds, with cafes and benches, paths and gates punctuating the space. Public gardens are often where people get married, where they have first dates or propose, where they go to fight out of their neighbours' earshot, where they sit for solace or a skerrick of quietude in a lonely city. In Central Park, even the benches bear plaques that commemorate weddings, funerals, lost pets: for a donation, lovers of the park can inscribe themselves there forever. We go to the park to encounter wildness, or some version of it, but often we also encounter the human. In Central Park I used to sit and watch people as often as I watched the birdlife. There was an old man who brought peanut butter balls for the blue jays, a guy who always played the saxophone on the Mall, tourists who stopped to point at squirrels in the snow, couples in the rowboats, everyone stopping for photo-ops on the Bow Bridge. We romanticise parks, too—as charmed and seemingly timeless spaces, as vessels for our memory-making, as I am of course doing right this moment.

I found myself thinking all this when I flew to Cairns earlier this year to take part in the New Shoots program. Part of this work was a commission to write poems in response to the Cairns Botanic Gardens, supported by Red Room Poetry, Australian Poetry and the Cairns Tropical Writers Festival. At first, I felt a little uneasy about the imperative to write about an unfamiliar place. I found myself wondering whether it was possible to feel a similar affection for a new park—or whether poetry had to come from some profound and lasting connection, a necessity that makes one seek a place out. Cairns is not a place I have any particular personal connection to; it occupies an entirely different latitude to the region of South-East Queensland where I spent my childhood. Its mangroves and bay and rainforest are reminiscent of familiar haunts of mine in Brisbane and the Gold and Sunshine Coasts, but lusher, more tropical. Its climate is like Brisbane’s, only set to broil. It’s reminiscent of places I have lived and known, but different too, in crucial ways.

Yet as I walked the gardens in Cairns, I found myself at home somehow: the greenhouse, with its array of orchids, ferns and lilies, reminded me of a little green shack at the back of my grandparents’ house, where my grandfather grew orchids and other exotics. The backscratcher gingers and lipstick palms echoed the shapes and colours of bromeliads and golden canes in my childhood garden. And then there were the explosively beautiful trees and plants that I’d never seen before, although I’d encountered some of them in my reading: the blue quandong, the sausage tree, the cannonball tree, the elephant apple, the calabash. After a day of walking, I found myself turning that beautiful language over in my head, but also thinking of echoes: of a garden I knew half a lifetime ago, of the relationship between people, places and plants. Language, as it often does, emerged. And at the end of all my thinking and walking, I finished up with two poems. One, ‘Maidenhair,’ thinks through the strange longevity of ferns, their unceasing propagation, but also returns to my grandmother’s death. Another ‘Blue Quandong,’ is a love poem of sorts which drifts through many of plants I encountered in Cairns, and ends with the fluorescent navy fruit of that tree. The poems wander between the present and the past, the gardens in Cairns and gardens further afield, and ultimately—and perhaps inevitably—led me to the human among all that greenery.

Sarah Holland-Batt is a Senior Lecturer in Creative Writing and Literary Studies at QUT, and an award-winning poet, editor and critic. Educated at New York University and the University of Queensland, she is the recipient of a 2016 Sidney Myer Creative Fellowship, the W.G. Walker Memorial Fulbright Scholarship, residencies at Yaddo and MacDowell colonies in the United States, the Marten Bequest Travelling Scholarship, an Asialink Literature residency in Japan, and an Australia Council Literature Residency at the B.R. Whiting Studio in Rome, among other honours. In 2016, she was awarded the CHASS Australia Prize for Future Leader in the Humanities... read more »

The Limitations of Form 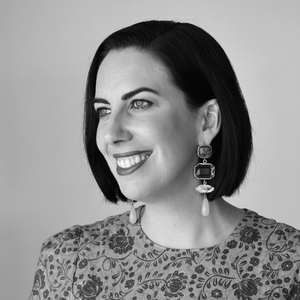