and she said how proud Australian women should be that they got the vote in 1902.

I corrected her and said

I thought about you then, as I often do when someone is hopelessly oblivious.

I thought of you, travelling to

South Africa, then living in

Whenever I am scared to step forward, I think of you deciding to go to

And yes, Booker T was problematic as hell

but he built a house of learning that still stands

today, so it made sense to go.

I think of John (who was a good husband to you until he wasn’t) saying,

Good idea my love, let’s go hear what he has to say

all the way down to Alabama.

and the skies we Zulu people named after ourselves

but you are a picture everyone can’t help but admire.

Whenever I do not know what to do because

I imagine the two of you after the big man’s speech, talking late into the night

heads bent towards one another, trying to figure out the best way to be free and

I am jealous of your political camaraderie and love.

until he realised you would not bear him children), you say

Our freedom will come when we own the means of production.

He cocks his eyebrow and says I love it when you talk Marx to me baby.

I imagine you saying

I’m serious, I’m not even playing mina, our voices will build a school.

I think you pause and say it again,

Sweetheart, we will sing until we can buy ourselves a small piece of freedom.

Yes, sthandwa sami, yes we will.

And then you did.

You went from house-to-house in America on a tour.

in South Africa, which is what they called us back then and we did too

because it was their language and you had mastered it;

Audre Lorde was right but to be fair,

using their tools was the beginning of dismantling their house and

she was speaking with the benefit of hindsight.

and sang songs of our own shores in Shaka’s Zulu

the two of you raised enough money to build the school that would make us free.

Whenever I am scared, today in this time and place

on land I can lay no legitimate claim to

I think of you.

I see you travelling back home, across the Atlantic and down, down, down

and around to the port of Durban.

I see you getting off that big ship and gathering your strength to begin the build.

I search for footnotes telling me you rested but can’t find any.

I am hopeful that you did, before

you pulled out that money and

bought land that had been

stolen from our people and

you built the school and

You named it Ohlange -- the place where nations gather.

Ohlange students made the future.

They built furniture and printed the news to tell our stories in a paper you two decided to call Ilanga lase Natal, the Natal Sun.

The first edition rolled out in 1903 and when they looked at it,

those students understood immediately that

our words matter and they also saw clearly that

this is how you get free:

through song and money and buildings where

to make furniture and

invest in our own

It’s funny how white people never think anyone else has a history.

Nokutela Dube was the first South African woman to found a school; the Ohlange Institute.  She also co-founded Ilanga lase Natal newspaper, which is still published today.  She was a founding member of the Natal Native Congress which was the precursor of what became Nelson Mandela’s African National Congress.  Her husband was John Langalibalele Dube, the founding president of the ANC. 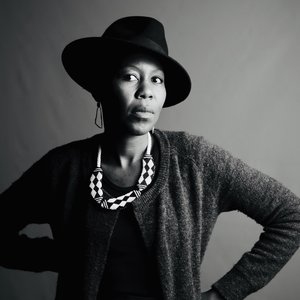 Sisonke Msimang is the author of Always Another Country: A memoir of…