I was very pleased to be invited to take part in this exciting and important project. While a lot of my work revolves around questions of ecological relation and more-than-human poetics, to write so squarely about extinction was quite a new experience for me. Consequently, I did a lot of preparatory reading before I began writing, both about my chosen species and about extinction studies more broadly. Extinction studies is a rapidly growing field within the environmental humanities, and I thought it important to consider some of it. After all, ‘extinction’ is by no means a simple concept: it is many-sided, and has all kinds of different ramifications for different members of an ecosystem. In particular, I found work by Thom van Dooren and Deborah Bird Rose to be really helpful.

I wanted to evoke a sense of what happens when a species disappears, but to do that I needed to first paint a vivid portrait of its presence. A basic arc for the poem started to emerge: from a rich ethnography of the creature’s umwelt (or life world), I needed to then chart its gradual decline. Questions of how to do this, however, were complex, but my reading was very useful in this regard. The decline couldn’t be some kind of organic erosion, as if extinction were nothing more than a natural process. At the same time, I didn’t want to write a dramatic, explosive conclusion; as van Dooren points out, extinctions often have a “dull edge” – they work slowly, painfully, and often in ways that are unnoticed or deemed inconsequential by humans.

Reading van Dooren and Rose, as well as others like Brett Buchanan, it became clear to me that to write about a species was not just to write about a body in space. Rather, I needed to attend to the entanglements in which a species becomes, in which a species is sustained – the other plants, animals, insects and so on, all of which produce the means for mutual ecological flourishing. In other words, interspecies relations were key to understanding any one species. My focus on potoroos, therefore, needed to ‘zoom out’ somewhat in order to include their surrounding fields. This was also an important way of acknowledging the individuality of each potoroo: instead of subsuming them all under the banner of a generic species category (what some would term ‘species thinking’), a potoroo becomes individual and by her unique trajectory through space and time.

Here too I have been profoundly influenced by the ethological theory of Gilles Deleuze and Félix Guattari: for Deleuze & Guattari, a properly ethological form of description considers the complex array of forces extant in a creature’s umwelt, rather than the creature’s physical body. If we focus too much on the body, then we lose sight of what that body can become, of the relations it can enter into; the potoroos’ dynamic, complex habitat would thereby become irrelevant background scenery. Instead, climate, light and time are all part of a potoroo’s umwelt and its irreducible individuality. Deleuze and Guattari’s famous phrase, “the animal-stalks-at-five-o’clock”, evokes an immediate, unique conglomerate of body and affect, animal and environment; I echoed this same structure a number of times in my poem. Thanks to Buchanan, I was reminded that these ‘environmental conditions’ are actually inseparable from being itself, and its observation.

To evoke ‘extinction’, therefore, it’s not enough to write a description of a creature that no longer exists and, perhaps, to lament its loss in the final stanza. Instead, the challenge as I saw it was to describe extinction as the distinct unravelling of all kinds of knotted relationships, of myriad ways of life and their intimate reliance on each other. It would be false, too, to propose an image of aan animal, and to then play with the pathos that emerges from its sudden and dramatic disappearance from the poem – that is not an imagination of extinction, but rather of fantastical apocalypse. We need to be able to work with slow, drawn-out and complicated processes, and with the fact that the process of extinction might begin many years before the last animal of a species finally dies.

The choice of the potoroo was in some ways tangential to this reading, but it was still a really crucial one. I wanted to write about a species in my local biome – namely, the lands of the Yugambeh and Bundjalung nations. Partly I felt this was as good a method as any to help narrow down the horrifically long list of choices, and partly because I needed to write about a creature that was part of my ecosystem, whose disappearance would necessarily impact the ecological community of my own umwelt. Of course, there are problems with this – in lots of ways, I am more linked to ecosystems in other places than I am to the largely scenic ecology of Palm Beach – but the ability to write about a local place was also important for my practice. I needed to be able to visit my subject’s habitat relatively easily so that I could spend time observing him, taking notes, and learning about the other species in his home. Becoming familiar with the potoroo’s knot of ecological relations was fundamental.

As I was reading about potoroos I came across something online referring to the “double tragedy” of an animal that goes extinct before most humans have learned of its existence; even before it goes extinct in the world, the animal is already extinct in our minds. But it’s possible that our minds are going extinct, too, that our minds are slipping from the ecologies in which they were created. ‘Double tragedy’ also reminded me of Rose’s term, ‘double death’: for Rose, death itself is not a problem – it is, after all, an important part of ecological renewal. Double death, however, is what happens during an extinction: the connections between one creature and another are unravelled; no longer able to be fed back into life, death “starts piling up corpses in the land of the living”. There is a binary coldness to this formulation: one (1) kind of death, the ground-level, imminent kind, is sustainable and even desirable; but double (2) death is like a mutated, transcendent form, which exploits death’s mechanism and turns it into nightmare.

The poem itself is arranged in four parts, each of which is like a different chapter in the potoroos’ collective story. In the first part, potoroos barely appear because the focus is on the ecological field in which they are thoroughly entangled. The second part therefore tracks the emergence of potoroos within this field, paying particular attention to the webs of connections that sustain them and have allowed them to flourish. A shift occurs in the third part of the poem, which continues into the fourth. Jutting down the right margin like a thick wall through the waves of prior text, the third part names some of the myriad forces that are threatening the potoroo’s survival. Finally, part four is about the ‘afterlife’ of the potoroo, or that time – which is fast approaching – in which those last exemplars of the species will exist only as images of their ecological selves, whether in human enclosures or, even worse, as pictures on websites about extinct species. Here, torn from the dynamic field of an umwelt, the potoroo’s body crystallises into a static form.

I didn’t want the poem to end on a positive note, in a way that would ameliorate the discomfort of the latter sections. And I didn’t want to suggest that a hopeless despair is the only option, either. But by providing a sense of the potoroos’ long history, and of the webs of connections that they bring with them right into the present, I want the poem to say something about what is happening, and about how much it will be on us if this violence is allowed to continue until the end. 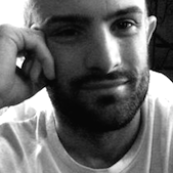 Stuart Cooke lives on the Gold Coast, where he lectures in creative…