i.
At Grandma’s place, transplanted from the central west
and a town without traffic lights,
cars passed close, and every few seconds.
How I loved the sound of
elsewhere, the rhythmic soporific swish
that meant holidays, Dad’s old room,
his tiny first shoe cast in bronze.

ii.
Twenty years later, on Arden Street,
I moved my bed to the back of the flat
and plugged my ears at night to sleep.
Even then I was sometimes roused
by a single siren whoop —
my ex-girlfriend’s new ambo girlfriend
saying hello as she swooped down the hill.

iii.
Nine years in the flat in Ashfield,
bounded on three sides by major roads.
Unless rain pounded the corrugated iron
I heard the city surge and roar interminably
but changingly, like one of those harmonics choirs.
In the languid heart of a summer night
it was surf on a distant shore.

Mapping poetry to the body

On writing ‘The family line’ 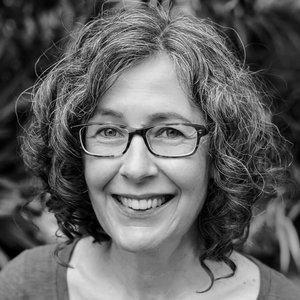 Tricia Dearborn is an award-winning Sydney poet, writer and editor. Her third…