A few years ago, when I was trapped in an indefinite detention regime on Nauru, I began to communicate with a courageous journalist Saba Vasefi. Saba's contagious courage empowered me to speak up for justice.

From that first phone call it was easy to communicate with her because we had things in common: we both spoke Persian; we were both women and we both had lived through displacement.

We compensated for each other. It warmed my heart to know that an exiled woman is on the other side fighting; it gave me strength to expose what was on my side (on Nauru). We found a virtual constructive connection between the whispering phone calls and words on Australian newspapers.

To see someone, I could relate to on many levels, a woman who had also started from ground zero herself, empowered herself, but still remained passionate about amplifying the forgotten voices was inspiring to me. She became my role model and I realised that I might be able to write and have a voice, that I can try to change the narrative like Saba.

Saba’s voice became an image when we met for the first time at Queensland Poetry Festival in 2019. She went up to the stage with three other exceptional women one of whom was a mother who had lost her son on Nauru. I saw that the outcome of our friendship has become the start of a path for me to write, to speak out and to have a ray of hope.

I remember that the high security fences of detention had the smallest holes - not even a fingertip would fit through it. The outside world was unreachable for a very long time. I am glad that my words have found a place on the pages of the Borderless: A transnational anthology of feminist poetry to unite with prominent poets who pursuit peace as a fundamental human right. 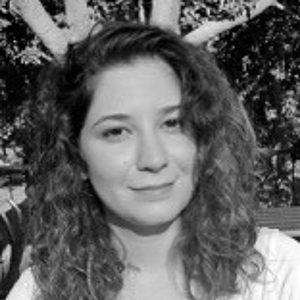 Yasaman Bagheri is a 22-year-old writer and a political refugee. In 2013,…