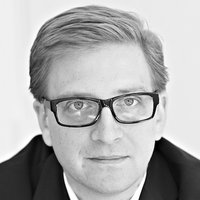 Jeremy Balius is an artist and poet.

His poetry, short fiction and visual art has been published in journals and anthologies in Australia and internationally. It has been translated to German, Bahasa Indonesian and Kanji.

Most recently, his poetry was selected by John Kinsella and Tracy Ryan to be included in The Fremantle Press Anthology of Western Australian Poetry, a comprehensive survey of poetry from the 19th century to today which has contributed to and defined the way Western Australians see themselves.

His most recent visual art has included collaborations with Matthew McVeigh in 2016. Cordite featured his series ‘the indeterminateness of anxiety: six works’ and a chapbook of his artwork was included in the This is Visual Poetry series published in Florida USA in 2012. His work was also included in The Dark Would: Anthology of Language Art (Apple Pie Editions, UK; 2013).

Jeremy is the founder and publisher of Black Rider Press and was previously the General Manager of Perth-based performance and publishing venture Cottonmouth from 2009 to 2011. The German/English-language bilingual literary journal Regal 8 / Shelf 8, which he co-founded and edited, was inducted into the German National Literary Archive in 2010.

Born in Dallas Texas, raised in Basel Switzerland and Gießen Germany, and educated in Los Angeles California, Jeremy lives with his wife and five children in Fremantle Western Australia.