From Tokyo to the Gold Coast they’d come. They were in the
papers, instant scoop, apologising, and on the box. In the
lunch break we talked about the old theory and clichés: why
the Japanese don't travel well, how foreign ways corrupt, why
they need special rations, what makes them special. Trade
restrictions?
For days he had puzzled over her disappearance – the clues,
the number she left, the message machine with no message.
He heard the sweettalk reply of an Uncle such-and-such. An
Aussie?
Now she won't look the camera in the eye. Her –ex looks an
embarrassed owl with large non-reflective spectacles. The
camera tracks his face, sunburned by the glare. Spotlit in TV’s
cage, fronting up in a thorny set of fading kitsch, they become
images of unprintable hurt: her tear-streaked face, haywired
by our terrible wildlife. She’d been in love with it: too cute before
they too would disappear, the koalas in their disappearing
trees.
She said sorry, in a disappearing Japanese way, for whatever
model she had been was lost like a marriage band on a littered
beach, her cheeks burning like peeling ricepaper screens. She
said sorry for abnormal buyer behaviour, magnetic anomalies,
jet-lag. Maybe the fish was off, or the brochures were wrong.
I wanted this, her inner tour-guide said.
He was sorry too, the owl, his grimace-smile crazed to angry
fragments as he watched his heart disappear in chrome and
plateglass malls. Having lost his bride of Shinjuku. Darling
Eve, lost in the mirrors.

The inspiration for this poem was the following news report:

Emiko Ogura, missing and feared kidnapped for four days, said
last night that she had run out on her husband of a fortnight
because she had second thoughts about the marriage...Detectives
discovered the bride hiding in her Gold Coast motel room about
3 am yesterday... She... repeatedly apologised for her
disappearance... Her husband Mr Fujieda said he called the
press conference because he had been depicted as "a fool" by the
Japanese media, which he said had also portrayed his wife as
"an evil woman". 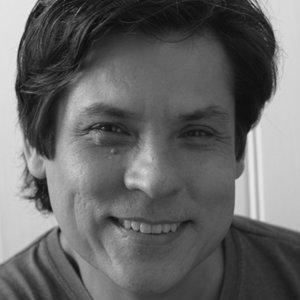 Adam Aitken was born in London and lives in Sydney. He spent…