The poem derives its title from Carl Dolmetsch, the recorder maker who pioneered the use of plastics in their construction. The Dolmetsch Treble BS.3499 that I have in my possession is “Approved to British Standards” and belonged to Johanna (or as she preferred ‘Hanna’) Neumann, my maternal grandmother. It was probably manufactured in the 1940s. Aside from Hanna’s maiden name (which I adopted as my surname some three decades ago), I possess nothing else that belonged to her. I do not even have any memory of meeting her, though I am told I have done so. The instrument, a Treble (or Alto) is made of Dolonite, a form of Bakelite, a hard, dense and dark material that has a pleasing weightiness, and a gravitas that, in this instance, seems quite appropriate.

Hanna was born in Berlin. Her fiancé Bernhard Neumann, also Berlin-born, was Jewish – hence he fled Germany in 1933 and she, who was politically active as a student, protesting against the incursions of the Nazi movement, eventually followed him, initially to Cardiff (in Wales) and later to Oxford, in England. Both were brilliant and influential mathematicians. They immigrated to Australia in 1963, accepting academic positions at the Australian National University in Canberra. They shared many passions, including a love of chamber music and a keenness for exploring the natural environment. The recorder was Hanna’s, recently gifted to me by their youngest child, my uncle Danny.

Despite my rather rudimentary playing skills—likely a consequence of adopting the instrument at around the age of 50—it still feels somehow very connecting (across culture, time and interests), as well as very intimate, to be able to play her old instrument. Pleasingly, this Dolmetsch (which means ‘interpreter’) does not resist my fumbling overtures!

Arjun von Caemmerer is a poet commissioned for Poetry Object 2018

He is a Hobart-based writer, general medical practitioner, and certified Iyengar Yoga teacher. His published writing encompasses poetry, short story, essay, musings on recorded music & CD liner notes and has been published diversely. His poetry has been published in Siglo, The Australian... read more » 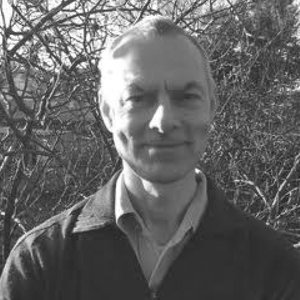