Since Thursday last the bare living-room
of my flat’s been occupied
by a stranger from the streets, a light-limbed traveller.

Some forest deity, or deity of highway
and sky has incognito set up residence, the godhead
invoked in a machine.

To the other inmates of the room, a bookcase,
two chairs, its horizontals speak
of distance, travelling light. Only the mirror

remains unruffled, holding
its storm of light unbroken, calmly accepting
all traffic through its gaze. Appease! Appease! Even

Its tall metallic insect
its angel of four geometries
and speed. So much for mirrors. As for myself

I rarely dare look in. What should I offer
a bicycle? Absurd
to lay before its savage iridescence –

grease-drops’ miraculous resin,
the misty Pleiades –
my saucer of sweat.

Now time yawns and its messengers appear
Like huge stick-insects, wingless, spotted with stars,
they wheel through the dusk towards us,

the shock-wave of collision still lifting
the locks, who bear our future
sealed at these lips like urgent telegrams. 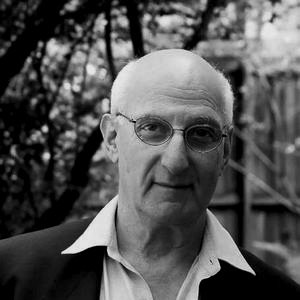 David Malouf is the distinguished author of ten novels, six volumes of…