Shortlisted poet Jill Jones reflects on 'An Address To The Shadow That Follows Me’, commissioned for the 2021 Red Room Poetry Fellowship 2021.

My 2021 Red Room Fellowship project was to develop some poetry ideas around objects, or things. I was particularly interested in exploring how objects trigger memories, and how objects talk to us, as well as hide from us. I wanted to trace this through objects either as systems of objects, as ‘found’ or encountered objects, or as markers of the uncanny. I planned to do this both through observational modes as well as through the resonance of language as an object itself. In other words, I wanted to make poems that worked with the over-thereness of things as well as a beside-hereness of things, in their still life, in their other life, in their non-human-life, and their part-of-human life. And their secret life.

I worked on a few poems that went in a number of those directions but not all of them ‘worked’ and some of them swerved into other territory. So, the final poems are more than as well as other than all of the above. This, of course, is no surprise to any poet.

I knew early on that I didn’t want to write another ‘this is a poem about a chair’. There’s nothing wrong with doing that at all, but if I wanted to write about objects in everyday systems, as a parade of things, I realised ideas were needed, at least to begin with. I wrote using collage, daily observation, and an indexical approach, among others. I found some of this writing was drifting into ideas of the uncanny.

Of the few poems I was happy with, I felt that the poem I recorded, ‘An Address To The Shadow That Follows Me’, had a sense of the intensities of things in spaces and how things pass from and between other things and the emotions that carry them and certain humans (dare I say myself?) through ordinary days. I also wanted the poem to think about things as broadly as possible, as connectors and disjunctions, as routines and everyday structures, as histories, as part of habitations, including the digital and spectral. Hence, the poet’s narrator addresses their shadow, both literal and as ghost or personal demon, and attempts some initial self-aggrandisement, but also queries themselves, and the things that they live with, that accompany them or destabilise them. I don’t want to explain the poem specifically, but my method and what finally is there on the page/screen/recording comes from, for instance, scanning of one’s surroundings, of turning out your pockets to see what you are carrying, knowingly or unknowingly (indeed, another poem I wrote works more specifically with that idea), of following trajectories, moods, tempos, soundings. Of how fantasies and the ordinary, the kitsch and the dream, attach to atmospheres and objects, to emotions. The poem had many iterations, and could probably keep going, in the sense that this is all ongoing, potential, and at times overwhelming.

A View of Elizabeth Bay House

My Workshop of Filthy Creation

An Address To The Shadow That Follows Me 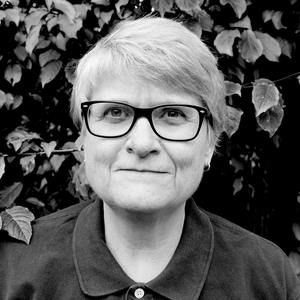