Who am I?
It’s something I had debated since I could remember,
living amongst a community I loved,
around family that loved me,
who treated me like a member,
speaking the ancestral languages of all the Elders.

From my woolahr,
to my burrymoo,
I could feel them piangang,
them piangang of my tribes,
that was of course until we were taught
a truth that can’t be any further from a lie,
at least that’s what we’re meant to believe,
right?

We were Taught about how my people are only flora and fauna,
I learned of no Treaty, no rights but a whole lot of trauma,
I watched as white kunbee turned all I knew to whiter morong.
Quicker than Djarraral
Through the koroncourag I saw the white sails,
the white plans, the white man,

our lands now in his hands,
I saw sisters, I saw brothers,
there were fathers and there were mothers,
all being broken down and ripped apart for a profit.
It was godless.

I witnessed thousands of years of knowledge
that should have been passed down
for thousands more
undertake damage,
get destroyed.

I looked on while my dances were tainted and my words forgotten.
I watched bullets fall like bunna,
while our loved ones rotted
I watched younjacar and moollarthar alike,
hung by their kuuning.
Just because black knowe runs through their purrunggull,
because the place they called home,
others chose to called jungle.

I watched as white man apologise
but still haven’t seen one recognise
that this battle never stopped,
I still see my children broken,
I still see the chains,

I still see them cuffed,
for no reason but their shade,
or pigmentation,
well that’s just fucked up

I still see them cuffed,
for no reason but their shade,
or pigmentation,
well that’s just fucked up

I still watch my daughters raped,

I still watch their children get stolen,
forced to grow up with hate because of the way they are born,

These days we all know the story!

Its either you’re too black for the whites,
or your too white for the blacks,
I’ve watched my sons turn their back,
on their brothers,
simply because they're not black,
but olive,

we all know the fact,
Let’s stop it

Stare into my bullarrah moberas
listen to the words spoken from my terlin
whilst I introduce myself,
to those of you who are deserving,
with a message that doesn’t need an earning.

I have been here since the beginning,
and I’ll still be here at the end
to long after you go,
from long before you began,
through the pain and torment I will always remain.
Even though I’ve been weakened,
forgotten and enslaved.

My name is Culture,
I’ll be stronger tomorrow,
I will remain unchanged,

My name is Culture,
Get used to me,
I’m here to stay. 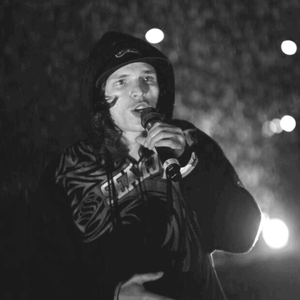