Mr Matthew Calandra has one cat left, Pequeña
is a Spanish name
meaning ‘little one’.

She is a little one he found in a shelter
with his brother Dave.
The dark brown and light brown fur
softly fur softly a Spanish brown purring
on his lap, indoors on the couch.
She makes him happy.
She’s a bit harmless to humans,
he makes her happy too.

Remember Souris? Souris and Pequeña meowed to each other.
Souris is French for squeak squeak,
French for mouse.

In his garden Pequeña.
In his garden Henry,
Myriam’s rooster.
Myriam is his French house guest.
Henry’s friendly at her neck,
sleeping in there. He likes Mr Matthew Calandra too.

Pequeña and Henry near the pond.
Near the green water and the goldfish,
just near, not hurting them.

Pequeña and Henry like each other
sometimes
Henry pecks blood on Pequeña’s head.
Sometimes in the garden comes the bush turkey,
without a name.

Sometimes Mr Matthew Calandra feeds the goldfish, sprinkling food
over green water. He is the only artist in this house. 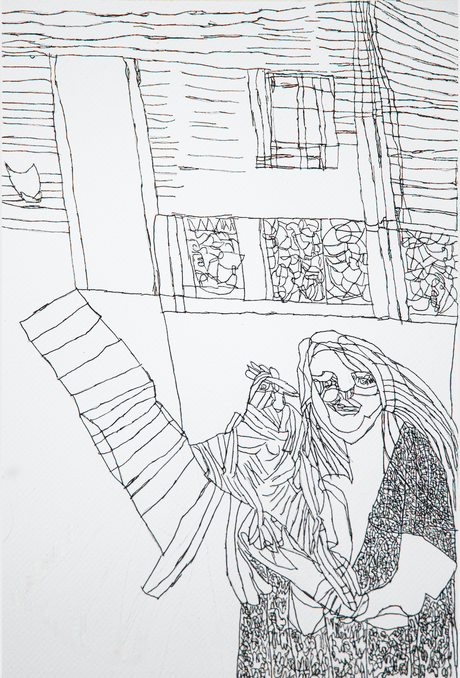 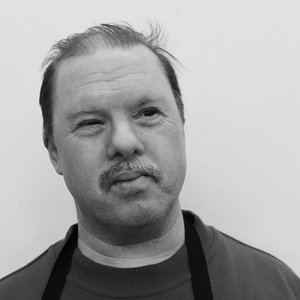 Mathew Calandra is a master of naïve line work. In the manner…