My poem ‘You’re’ pays homage to the Sylvia Plath poem of the same name in which the speaker addresses her unborn child through luminous metaphors and similes.

Other art often influences my poetry. While drafting ‘You’re’ I was repeat-listening to Kate Bush’s ‘Lily’, which mentions the cardinal angels Gabriel, Raphael, Michael and Uriel, learning to sing Eurythmics’ ‘There Must Be An Angel (Playing With My Heart)’ and re-reading Tony Kushner’s Angels in America: A Gay Fantasia on National Themes. Around the same time I’d finished writing a poem that touched on Wim Wenders’ Wings of Desire and its sequel, Faraway, So Close! (Bruno Ganz, who played the angel Damiel, died soon after). The Pythian Apollo, a 2nd century AD Roman marble copy of a lost Greek bronze original attributed to the 4th century BC sculptor Leochares, fascinates me—with a bow and arrow the god of poetry, music and light has killed his mother Leto’s enemy, the huge serpent Python, at Delphi, yet the expression on his face is absolutely neutral.

My object, a small light in the shape of a white whale, was a gift from close friend Benjamin Dodds and his partner Carlo. After I’d torn away the wrapping paper Ben, acknowledging Herman Melville’s Moby-Dick; or, The Whale, laughed, ‘It’s only a whale, not a metaphor!’ I’ve stared at this cetacean, whose habitat is a stack of influential poetry collections, each day for almost three years—performing this little ritual has occasioned many poems.

Read and listen to Stuart's poem 'You're'

Get involved with Poetry Object 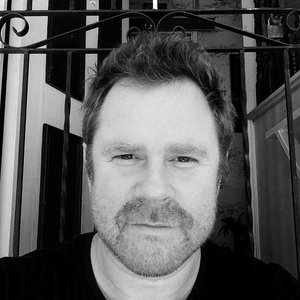 Stuart Barnes is the author of Glasshouses (UQP), which won the Arts…