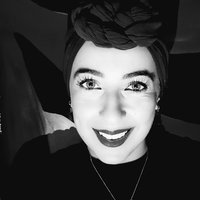 Sara Saleh is an Arab-Australian human rights advocate and long time campaigner for refugee rights and racial justice. She has spent over a decade working for grassroots and international organisations like Amnesty International and CARE International in Australia and the Middle East, from Western Sydney to the refugee camps of Palestine, Lebanon and the Syrian border.

Also a poet and writer, Sara’s first poetry collection Wasting the Milk in the Summer was released in late 2016 and explores themes of displacement (from place, from self), migration, identity and women. Her poems have also been published in numerous anthologies including Bankstown Poetry collections (2014-2017) and the Dirty Thirty Anthology (2015), which she also curated and co-edited. Last year, Sara's poems were selected to be part of A Blade of Grass, the 2017 international Palestinian poetry anthology released in memory of Mahmoud Darwish, and featuring internationally acclaimed Palestinian poets Fady Joudah and Naomi Shehab Nye.

Sara is a 2015 Australian Poetry Slam NSW State Finalist, and she continues to perform across festivals nationally and internationally, from New Zealand to New York. Wanting to help build a transnational POC poetry community, Sara co-founded the Dubai Poetry Slam in 2015, and its sister slam late last year in Amman, Jordan.
In 2016, Sara made her theatrical debut in the National Theatre of Parramatta’s production, The Cartographer’s Curse, which marked the Balfour Declaration centenary. Her latest works will be published in upcoming global anthology Making Mirrors, writing/righting for refugees (upcoming November 2018). Sara is a Bankstown Poetry Slam Slambassador. She also sits on the board of national advocacy organisation GetUp!, and is currently completing her Juris Doctor at UNSW.