Referendum who will vote for see –
Citizen to who will write the truth.
Refer what census over prohibition of us,
Who custom attitudes still stands by the old
White supply user vices settled life pig’s style.
Policy don’t work when first human beings
Are known to common all wealth.
Amendment whose act months of imprisonments,
Exemption what definition when eliminate was them official
Trying to get rid of my peoples, no matter what the indigenous
adopt?
Certificates our restriction on evil by the white laws.
Powers in aspect are control protectors still 2030 to 2040
Give us our right is not the established times,
It’s cast of wine beer boards widened the gabs and step fallen
to gives us
No swinging pools for change in wear was the foot on our chins.
What public don’t see our children’s in life now is mad or insane
Even to vote on the big notes
Attain status be from they came as give all Australians the free day
Just be for the white man a child of his womans set a foot in
our beds;
Have the vacation day now or never forever’s hey.
Referendum the who will vote for this day and nights
Citizen what won’t be silly to the truth to all in all 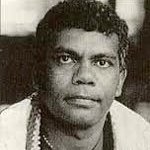 Lionel G. Fogarty is a Yugambeh man and was born on Wakka…