Home is a syllable in your heart. In order to speak it whole, you must clap it out: with glee; in ovation; as sarcastically as the Venus de Milo. Here, you build new monuments from stone, adorn altars with flowers the likes of which you have never known. But the Latin names are familiar, because back where you came from, somebody thought it’d be a good idea to teach a dead language to a blossoming mind. You now know 14 ways of saying you are bored in a tongue that nobody but biologists can understand. But you are not bored, not once you venture outside, feel sun sing skin and discover Corymbia ficifolia. Firework fixed in plume. Firmament confetti bloom. Red flowering gum. You’ve only seen a tree bestowed with such beauty when bearing fruit. Or weighed down with the ornament of other seasons, consumed. But here, these trees spark strange light into barking sight, cacophony of extravagance, brilliant in being unobtainable. That is until at school, when asking a fellow Year 6ixer what they are, they climb trunk and limb, begin showering red flowers down on your skin. And you, in the innocence of wonder, of being a stranger learning how to spell this new home on your tongue, you begin clapping.

Listen As A Poem Approaches, Engulfs Us: Teaching The Poetry Object At Churchlands Primary, WA

"I knew its name: healing" 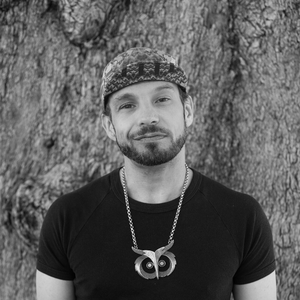