Through our songs and stories,
The land is our proof,
Of our resilience...

~ from 'Passage of Time' by Eric Avery 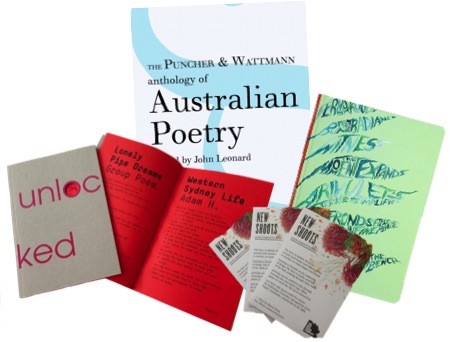 The winners received a Corban & Blair Fernery journal, and a poetry anthology from Puncher and Wattman. Whilst Highly Commended poets will also receive an Unlocked anthology of poems and a New Shoots seed pack.

In collaboration with Rochford Street Review and the Royal Botanic Garden, Sydney, we are delighted to annouce the winning and highly commended poets for the New Shoots Poetry Prizes.

We received over 170 submissions for the poetic garden from poets and plant-lovers across Australia as well as Manus Island, Zimbabwe, New Zealand, Ireland and the USA. Many of the entries were general and generous contributions, others were specifically focused on plants and histories of the Royal Botanic Garden as part of the New Shoots Prize, and all are conscious of the critical, spiritual and aesthetic role plants play on our precarious planet. Thank you to all contributors and congratulations to the New Shoots shortlisted poets!