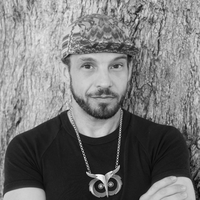 Scott-Patrick Mitchell (SPM) is a non-binary West Australian poet, writer and spoken word artist. SPM’s work has been described by George Anderson at Bold Monkey as being “one of the most diverse and original poets working in Western Australia today” while John Kinsella has described their work as being “new ahead of the new”.